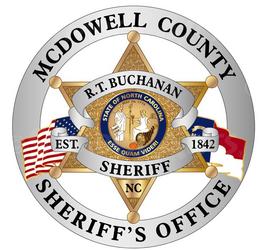 Every Justice Officer employed or certified in North Carolina must meet certain minimum standards under 12 NCAC 10B .0300:

Click the link below for a copy of our Application. Completed applications can be dropped of at 593 Spaulding Rd. Marion, NC Monday -Friday 8:30am-5:00pm.

“Detention Officer” means any person performing responsibilities, either on a full-time, part-time, permanent or temporary basis, which include but are not limited to the control, care and supervision of any inmates incarcerated in a county jail or other confinement facility under the direct supervision and management of the sheriff. “Detention Officer” shall also mean the administrator and other custodial personnel of district confinement facilities as defined in G.S. 153A-219.

“Deputy Sheriff” means any person who has been duly appointed and sworn by the sheriff and who is authorized to exercise the powers of arrest in accordance with the law of North Carolina.